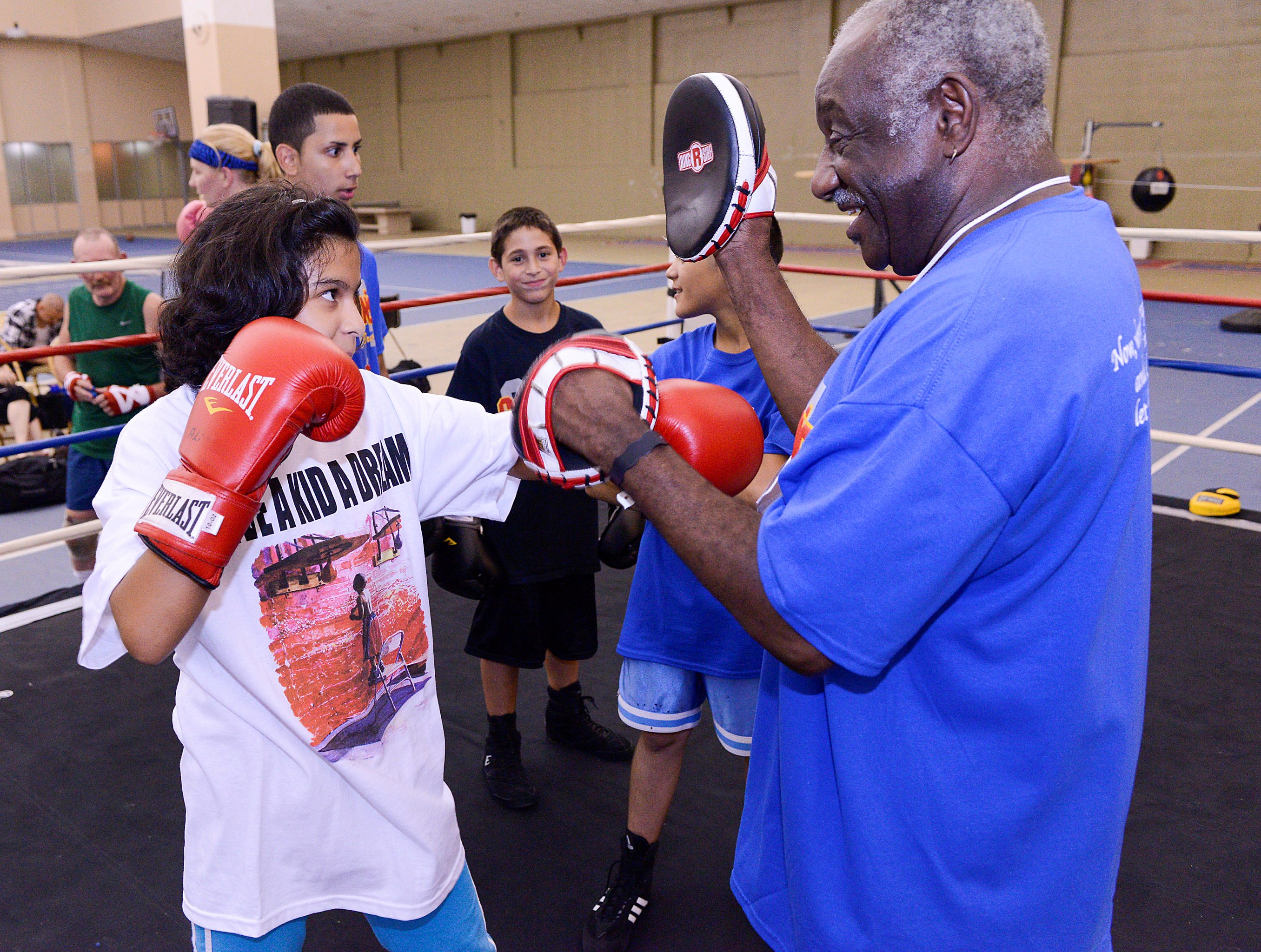 NJGAKAD’s committed New Jersey leaders are champs — in and out of the ring. Meet the skilled, caring support staff members that make up our Champions for Exemplary Youth.

Though she blushes at the number of Coach of the Year awards or her induction into the New Jersey Boxing Hall of Fame, Jacklyn developed a reputation for being a miracle worker with her fighters, such as founding the competitive women’s boxing program at West Point Academy. Learning boxing from an early age with the New Jersey Police Athletic League, Jackie became fluent in multiple fighting styles in addition to serving as a development executive at AT&T.

Matter-of-fact excellence is Jacklyn’s norm; through her work with Give a Kid a Dream, she’s also began to be as recognized as a child advocate, including winning the Tony Dowling Child Advocacy Award in 2016.

“I believe these kids needed someone passionate about them and needed someone that would fight for them, and beside their family, whether that’s one parent or two, or grandparents,” Jackie says. “In boxing, I can enter a ring and perhaps I’ll win, or perhaps not. But when it comes to these kids, losing is not an option.”

With over 20 years of experience in client care, Mia Knox began training at Gleason’s Jersey Shore for health reasons. As the unofficial welcome committee for the program, Mia teaches not only the basics of boxing, but the foundations of the “Champions 4 Life” philosophy we embrace. In addition, Mia oversees the homework assistance for the Making the Grade component for NJGAKAD, which helps youth excel outside the ring. But above all, Mia is a teacher, balancing methodical progress with consistent positive energy and empowering her kids to consistently try, and then achieve.

While NJGAKAD stays focused on how boxing improves life outside of the ring, it takes competition inside the ring very seriously. As senior coach, Rahn Cater ensures NJGAKAD athletes are competition ready. A mainstay of the New Jersey boxing community, Rahn’s amateur and professional fighters thrive from his quiet determination and rigorous discipline. Having coached boxing programs at several Army camps, including Fort Bragg and Fort Bliss, as well as youth development programs, Coach Carter has over 20 years working in teen group homes, counseling youth. Rahn also trained New Jersey champ Dustin “White Tiger” Fleischer, who made his professional debut in 2015 at Madison Square Garden and signed to Jay-Z’s Roc Nation promotions company after his second fight.

With a master’s in social work, Vernice is the personal counselor for each child in the program. And it’s truly personal – nearly 10 years ago, she was that child. Mentored by Jackie before joining NJGAKAD, she’s since dedicated her life to providing the same experience to others. Vernice began as a social worker with Americorp and Girls Incorporated but now has her own private practice. Vernice has a gift for tailoring scientifically proven methods for different communities, having collaborated with The University of South Carolina to create a program for other community workers to better care for veterans’ specific needs. She also has worked the Missing Persons Unit in Law Enforcement to target underserved populations in police work.

While his 30-year Marine career earned him the rank of “Staff Sergeant,” Kevin’s coaching style with NJGAKAD’s teen division doesn’t fit the Hollywood image of Louis Gossett Jr. barking orders. Kevin rarely raises his voice, rather opting for a tone of power and self-control even when his fighters are amid a chaotic match. As the trainer for competition-ready teens of NJGAKAD, Kevin urges his pupils to outgrow brute force tactics and think strategically. In addition to NJGAKAD, where he oversees the intensive Saturday trainings, Kevin coaches and teaches amateur boxing in New Jersey. During his tenure with the Marines, Kevin served in Operation Desert Storm along with an extensive career in Homeland Security, earning him 10 medals or commendations including special accolades for the war on terrorism.

With over 25 years of experience in Finance, Alicia Furman’s love for the sport of boxing paired with her respect for Coach Jackie Atkins and the children of NJGAKAD made her decision to join the team an obvious one. Having studied Organizational Behavior at New York University (NYU), Alicia has spent her career specializing in Structured Finance data management. The Monmouth County resident brings her attention to detail and ability to organize thoughts and process to the foundation. Growing up in New York, Alicia was exposed to the sport of boxing at a very early age and her love for the sports continues to grow. “Boxing calls on respect, determination and hard work,” Alicia says, adding she believes boxing is a vehicle to teach children the necessities of life. “There is no team carrying you; You must go within to find the necessary strength and wisdom it takes.”

A firm believer in healthy living, Jennifer Thiel brings many years of experience at notable youth sports foundations to NJGAKAD. With a BS in Business Administration in Accounting from Monmouth University, Jen has spent 19 years in financial services as a Certified Public Accountant and is a member of the American Institute of Certified Public Accountants. As a Senior Manager, Jen has spent her career as an expert in financial reporting and investment analysis for high net worth individuals. The New Jersey resident brings her appreciation for life and healthy living to the foundation.